Can you really photograph the milky way in North County Dublin Ireland? or is it all tricks of the trade?. It is of course possible to shoot a milky way in North Dublin. However like every landscape or astrophotographer will tell you, it’s all about the conditions and of course, a little bit of knowledge. A recent visitor to Rush Camera Group, John Dolan of the Irish Astronomical Society showed us some pretty impressive images of the night skies taken from his own observatory in Glasnevin, Dublin. Members of the IAS bring their telescopes out as the Dublin Sidewalk Astronomers both on the Northside at Clontarf and Southside at Sandymount to show the general public just what can be seen from cities. 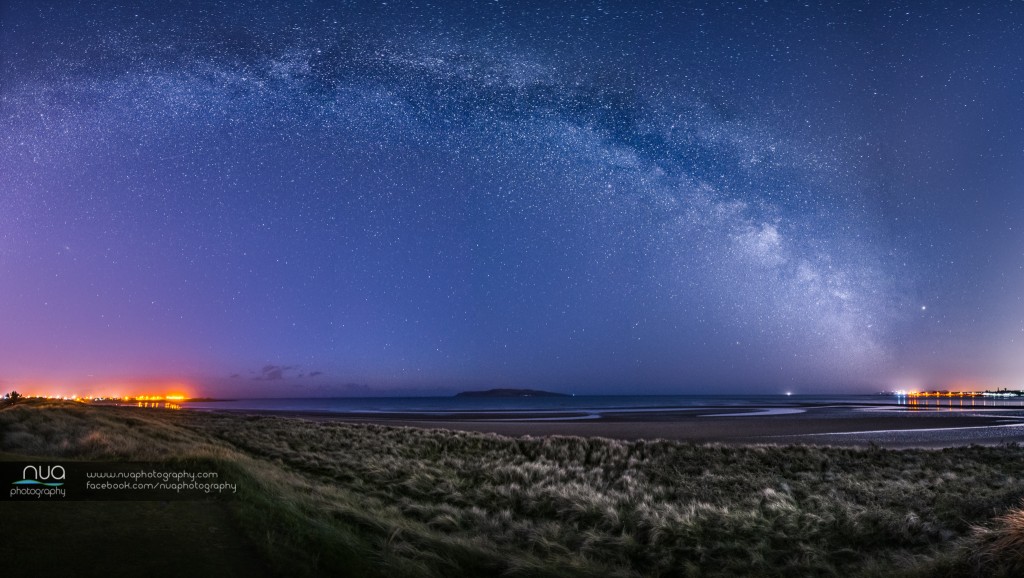 At Nua Photography we have been lucky to experience excellent sky conditions for both the Aurora Borealis and Milky ways in the darker skies of the North of Ireland in the last number of years. However in the past couple of years we have made efforts to capture Eclipses, Persied meteor showers along with Super moons, and Red moons along the East coast and Wicklow. Some times the skies have clouded over or a sea mist has come in or the conditions just were not right, but on some nights everything falls into place. On these occasions we have to hope our cameras and our knowledge are enough to take away away the very best of photographs from the shoot.

You may remember Nua Photographer Derek Balfe won Photographer of the Year with a Milky Way Photograph at the Clean Coasts Annual awards. The photograph was of Drumanagh Martello tower with the Milky way above it. Conditions that night were all set to be perfect, however the window of opportunity was very short as the sea mist came in to spoil the full show. 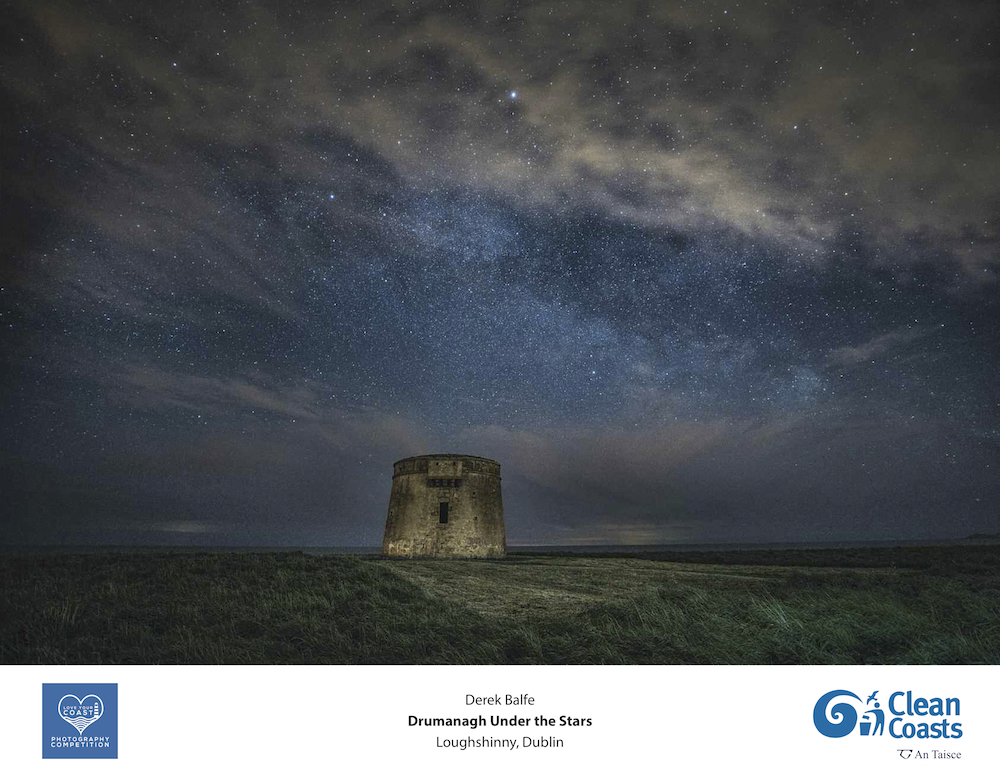 May the 4th seemed like a good time to plan a Milky Way shoot and we set ourselves a difficult task. Our challenge was to capture the milky way above Lambay Island from Rush Co Dublin. The position of the milky way was forecast to arc above Lambay Island. So we got the apps out , weather checked out as being clear, moon was not in the sky which meant we would have a dark enough sky to view the stars. The milky way would be in a broad arc over Lambay Island in the early hours of the 5th of May.

So what else do you need? The camera must have a manual setting, you really need a wide angle lens and one which will shoot at least f2.8 is also preferable. It’s really important that you can shoot a raw image on your camera, because so much more information remains in the file compared to a jpeg. This is important in order to colour correct in processing the final photograph and to get as much detail out of the image as possible.

Here in North County Dublin we have the ever increasing problem of light pollution, however our light pollution is a little less looking out towards the sea and according to John Dolan of the IAS had scored Rush as a 4 in light pollution grading the evening he visited, which wasn’t at all bad for our situation, so close to the city of Dublin. So what’s next …. watch this space!   Rush photo Gallery here